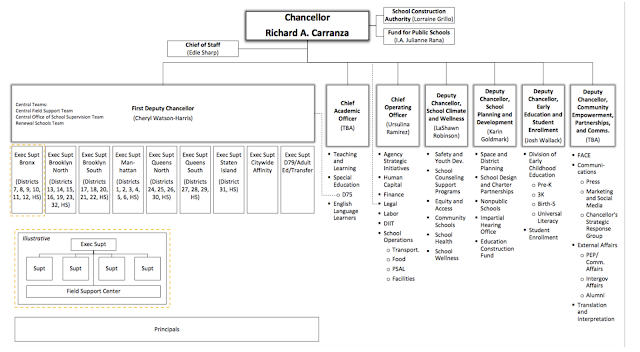 Tweed re-orgs have become like rugs in the Oval Office. Each new boss gets to pick his or her own and when it's picked, that's "the look" for the next few years. But this new re-org has all the looks at feels of an entity that will not alienate its current employees and can navigate the politics of the time. What's missing when those are the priorities?
Posted by NYCDOEnuts at 8:50 AM 2 comments:
Email ThisBlogThis!Share to TwitterShare to FacebookShare to Pinterest
Newer Posts Older Posts Home
Subscribe to: Posts (Atom)