The Obama administration issued a new rule over the weekend requiring people who seek to write about education related topics to register with the federal government and apply for a permit before publication.  This, according to an emergency press release issued by the Interior Department just last night. 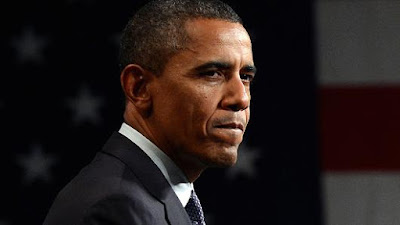 Angered by what he called "the biggest Logical Fallacy I've seen since the debt ceiling crisis", White House sources close to the president say he directed his Secretary of the Interior to issue the new rule after reading the 'latest missive of buffoonery' from Slate Magazine.

The article in question -which argues that teachers should not use synonyms for simple words such as 'said' when training their young students to be writers- begins with the author admitting that his own fourth grade teacher used the technique with him as a child.

Read more »
Posted by NYCDOEnuts at 7:52 PM No comments:
Email ThisBlogThis!Share to TwitterShare to FacebookShare to Pinterest Here's a small piece of news tat most folks missed. Pearson, who screwed up New York State's test for several years in a row has been formally replaced by Questar Assessment Inc.


The state’s $44.9 million contract with Questar Assessment Inc. to provide math and ELA test for third through eighth graders has been approved by state Comptroller Tom DiNapoli.

That contract approval was tucked inside a larger list of October contract and payment approvals and rejections announced Monday by the state comptroller’s office.

Here's another piece of news you may have missed: Questar's Board of Directors is practically filled with people from the energy industry (you know big oil, natural gas drilling, coal mining. That sort of thing). One director is also part of the leadership of "Questar Corp.", "Questar Pipeline  Company" and "Questar Gas Company".

Welcome, Big Energy Industry Big Wigs. Welcome to the party. I'm sorry your stock is down by 60 cents since Monday's announcement. I'm sure it'll bounce back.

Posted by NYCDOEnuts at 7:43 PM No comments:
Email ThisBlogThis!Share to TwitterShare to FacebookShare to Pinterest

Your DOEnut Of the Week: 'Nothing Up My Sleeve'

Several months ago, the NYS Legislature, at the behest of the governor, passed a brand new 'New' teacher evaluation system.  This one sneaked in a process where tests could (and probably would) count for 50% of a teacher's overall annual review score.

The proposal was fought by the teachers' unions and the final successful vote was cast by the democratic Assembly with "Heavy Hearts" but the long and the short of it was that we (teachers) got kind of screwed (again).

Less than two months later, more parents opted their children out of state tests than ever before. The governor's ratings in the polls took a nose dive and, true to the many predictions of smart people (this nut being one of them), the entire system of using test scores to rate teachers began to show signs of collapsing under its own political weight.

Implosion may be a better way to put it.

The governor, sensing the mess he has made, has recently begun the political move that we all knew would happen -the back-peddle. This week, trial balloons were sent up through the New York Times gauging precisely what that back peddle would look like.

Teachers and many school leaders would like a complete reversal of tying ratings to test scores.

Parents would like the tests to not disrupt the learning of their children (including reducing the stress felt by teachers whose scores are tied to these tests).

Politicians would like not to be hated and to be left, by in large,  alone by staying clear any political mess (and this evaluation system has caused quite a mess).

But the governor would like to push this system as far as the political realities will let him. Where those realities are is what he is trying to figure out.

Because of these priorities, simply revoking the measure that will tie teacher ratings to tests scores will not happen -not unless the political realities make this an absolute requirement for politicians (who, remember, just wish to be left alone by staying clear any political mess).

"How much" wonders the governor "must I do to bring my poll numbers out of the basement?".

"Will a moratorium work? "

“A moratorium is under consideration,” said State Senator Carl L. Marcellino, a Long Island Republican, chairman of the Education Committee and a member of the task force."

A Moratorium would  decouple tests from teacher ratings, but the number -the ___/20- would still be there. It wouldn't count and teachers' ultimate ratings would consist of observations and other 'subjective' measures that don't include tests, but the scores would still be given, still be calculated and still be distributed to teachers, schools and districts throughout the state.

Most importantly; a under a moratorium, the use of test scores could return at a later time, when it became politically possible. The door would still be left open.

Now today comes the second trial balloon: "It wouldn't be easy to have to go back to the legislature and have the thing changed all over again" asserts this trial balloon,  "without having to go through the Federal Government. This is a lot harder than it looks, you know." That poor Cuomo.  He really has 'no easy options' here.


If the Regents board could make the changes, or the Legislature decided to decouple the tests from the evaluations, the state still would have to get a waiver from the federal education department — soon to be headed by former state education commissioner John King, who championed the Common Core in New York.

Federal education department officials told POLITICO New York the state could submit amendments it makes, but the evaluation system must include the use of state assessment due to commitments made through the Race To The Top grant and in waivers from No Child Left Behind—the broad federal education law that is also referred to as the Elementary and Secondary Education Act.


A brief bit of truth for moment: While New York State currently operates under a NCLB waiver, there is a very low likelihood that violating that waiver would ever lead to any measurable consequences at all.

That waiver is a funny topic. It was submitted by NYSED Commissioner, John King and a new one would have to be approved by, well, by USDOE Secretary John King. Violation of the waiver is treated just like a violation to NCLB: Title I funds could be withheld from the whole state.

And see that's the whole thing! Federal Title I funds will never be withheld from New York State, no matter how bad the state violates a NCLB provision. The politics from that act would simply be too impossible for anyone to accept. Can you imagine the fallout if King in DC withholds Title I funds for the entire state? It would make the history books! That's why it -the threat of withholding Title I funds as a way to punish- is the ultimate modern day empty threat in education.

But the threat is there. And here, in this second trial balloon, it has been employed.

"Will they" wonders the governor "still blame me for not doing enough if I can somehow blame the Federal Government?"

I guess we'll see. Clearly, the lack of outcry from stakeholders after these two trial balloons leaves me with the impression that the state will leave in place the current (ridiculous) legislation and simply declare a moratorium.

Certainly, the next (third) trial balloon will refine this meme that 'we can declare a moratorium on tests in teacher evals but cannot revoke them because Washington won't let us'.

And "Will that" wonders the governor "be enough?".


Yeah it probably will. But it only will because this nonsense has everything to do politics and nothing to do with real, actual policy. And anyone with a heart and a passion for real teaching and learning should be upset at this reality.


And that's why I would like to confer upon Governor Andrew Cuomo, Democrat from the State of New York my DOEnut of the Week: For making the profession of roughly 600,000 public school teachers in New York, as well as the learning of 2.7 million students, ancillary to his own political arse (again) and for putting on pause any meaningful progress that could have been made in education (again).

Congrats, gov. I have seen some screw ups in my time, but you -you little Napoleon on Hudson- you take the absolute cake!